Kota Kinabalu: An event that attracted probably very little notice but was very important for the future of Sabah is the official entry of GCoM (Global Covenant of Mayors for Climate and Energy) officiated on July 20 by Minister of International Trade and Industry Datuk Darell Leiking. Hosted by the Penampang District Council, it was attended by representatives from some 20 local authorities from across Malaysia, plus trainers and speakers from the EU, UMS, DBKK and Indonesia-based GCoM officials.
GCoM is currently the biggest coalition of local governments in the world, with a membership of over 10,000 cities in 131 countries .

GCoM was formed in 2017 as an international coalition of local and regional authorities with a shared long-term vision of promoting and supporting voluntary fast and  serious actions to combat climate change and move to a low carbon society.
So Penampang District Council, which signed an agreement that day as GCoM member, is required to do GHG reduction equivalent to at least the nationally determined emission by 45pc by 2030.
Then within two years, PDC must submit a Climate Action Plan which details an emission inventory, target setting, mitigation and adaptation, and implementation of the action plan.
Since 70pc of global GHG emissions come from cities, GCoM officials believe the combined climate actions of thousands of cities can reduce 170 billion tonnes of GHG emissions per year by 2030.
It is a scientific fact in water cycle processes that an increase in average global temperature by 1 degree Celsius raises evaporation by 7 per cent, not good news for flood-prone Penampang. 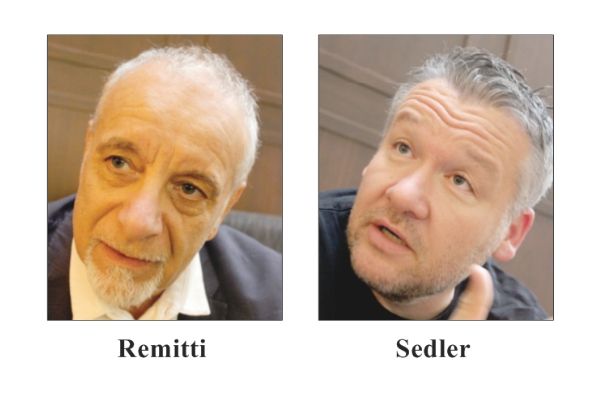 Soaring temperatures would certainly increase the volume of rainfalls which would run down at greater speed worsened by rampant hill-cutting, plus a coastal effect when such events coincide with high tides which together contribute to Penampang’s severe flooding, said UTM Prof Ho, a Malaysian expert on low carbon society.
However, Prof Ho cautioned jumping to conclusion, saying a comprehensive understanding of the problem must first be established before recommending options but this is where GCoM will help to develop a comprehensive action plan, especially because PDC has been named a pilot city project, he said.
Leiking who confessed he was once a great critic of the Penampang’s big flood woes, said one of the reasons he endorsed GCoM was he hoped measures under GCoM’s climate actions plans, will include effective flood mitigation.
Two prime movers  in getting Darell to involve were Freddy Ekol, a PDC member and Penampang hailed Boyd Joeman, Head of Environment of Iskandar Regional Development Authority, Johor.
But Asih Butiati, the Surabaya-based GCoM Secretariat Manager, said its foray down to the level of Penampang to conduct capacity building was made possible by funds from the Beijing-based International Urban Co-operation Asia, which has a budget of 20 mil Euros provided by the EU.
Pier Roberto Remitti, Lead Expert on Climate Action for GCoM, South Asia said, “the idea of climate change is already obsolete, what we have now is climate emergency.”
“The house is burning,” he noted.
“This is why I say it’s either now or never !”
Croatian trainer Miljenko Sedler, told Daily Express “extreme weather is hurting Croatians so badly that even former climate change deniers have changed their minds .”
“The biggest threat in our parts is actually the extremely-extreme high temperature in Summer and extreme cold or low temperature in Winter.”